Summer is finally on its way! As the end of the year quickly advances, there’s no stopping for my busy team as we prepare for another round of end of year business and school awards and celebrations while looking forward to Christmas carols and festivities.

Throughout 2019, we’ve been putting in the hard yards to get out Discussion Documents for a number of portfolios. The Economy, Environment, Trade and Primary Sectors discussion documents have already been released and can be viewed here.

Keep an eye out for my November newsletter with details of further discussion documents. 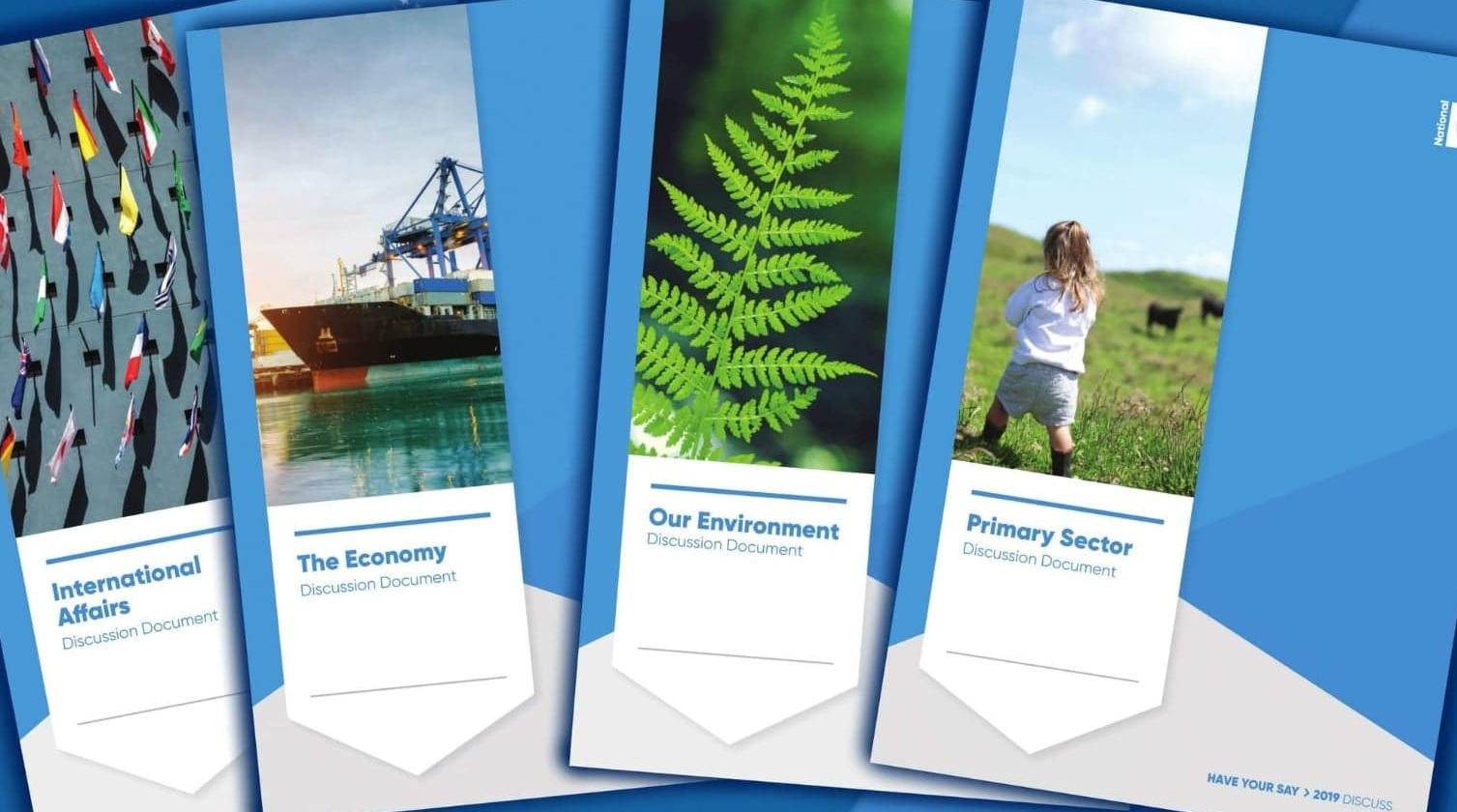 I was joined by my colleagues from the Provincial Priorities team earlier this month when we visited Fonterra, Waikino Station, Over the Moon Dairy Company and rounded off by a farmers meeting.

Our farmers are worried. There are many issues ahead of farmers at the moment and the farming and rural community are extremely concerned about the current direction the coalition led Government is taking New Zealand especially with their views on farming, compliance and lack of consultation on freshwater targets and the ETS scheme.

This is having a tangible impact on both farmers' mental health and businesses and the team is travelling across rural NZ to show National’s support and hear their concerns.

I’ve already alluded to the Primary Sector Discussion Document earlier on and you read it and have your say here. 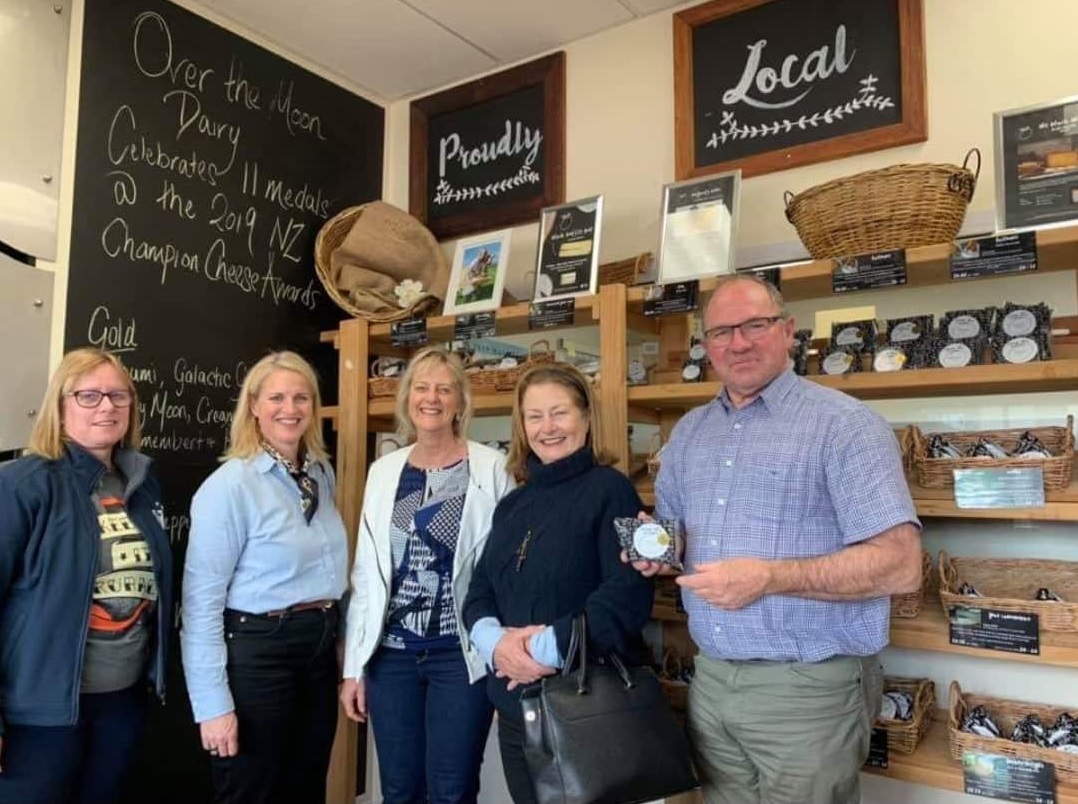 It’s also an uncertain time for our rural community with the proposed freshwater changes.

An AgFirst report, commissioned by the Ministry for the Environment states shifting to a five metre fencing setback will come at a cost of 40 per cent of earnings over a ten year period.

Releasing 2,000 pages of material during calving and lambing is not fair on farmers. Ministers need to extend the consultation period to twelve weeks and provide clearer analysis of what the impacts of the proposals will be.

Both Local Government New Zealand and LandCare report that over half of the Waikato-Waipa catchment would need to be converted to permanent forestry to achieve the policy’s bottom lines.

A recent Rabobank’s farmer confidence survey highlighted what was already clear to many.

The survey shows that farmers’ confidence has taken a sharp drop with 68 per cent of farmers holding a negative outlook, citing the Government as the main reason.

This is not surprising considering the continued onslaught of uncertainty and costs that farmers have endured since this Government came to power, whether it be the Tax Working Group report and subsequent Capital Gains Tax campaign, a proposed water tax, a proposal for agriculture entering the Emissions Trading Scheme, onerous methane targets in the Zero Carbon Bill and now the Freshwater proposals and cynical consultation process surrounding them.

This is having a tangible impact on both farmers’ mental health and businesses.

I encourage you all to read up on what the proposals mean for you and if possible, get along to a local meeting so you can make your voice heard.

I’m also hosting Todd Muller MP next month on 26 November. Todd is the Opposition Spokesperson for Agriculture, Biosecurity, Food Safety, and Forestry, so keep an eye out for more information to come on that visit. 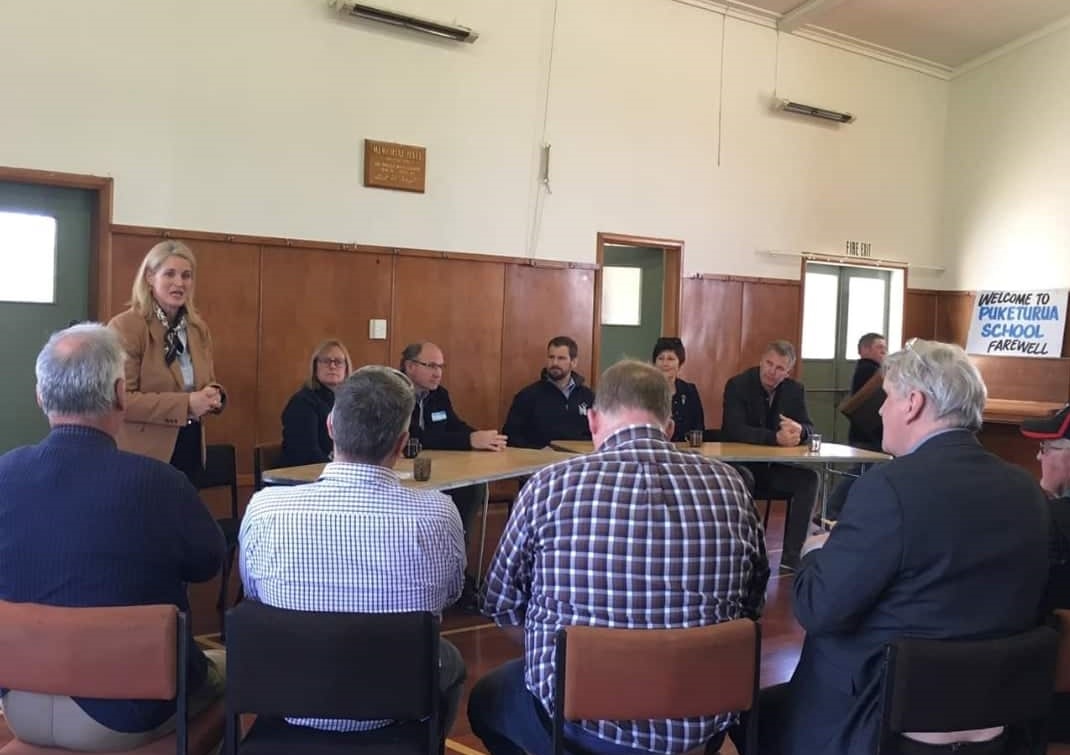 Currently, new mums are entitled to stay in a hospital or postnatal facility for up to 48 hours – but many feel pressure to go home as soon as possible, sometimes only a few hours after giving birth.

On 7 October, I launched a petition to have mums’ stay extended to 72 hours and have the funding ring-fenced.

You can add your name here, make sure you spread the word! 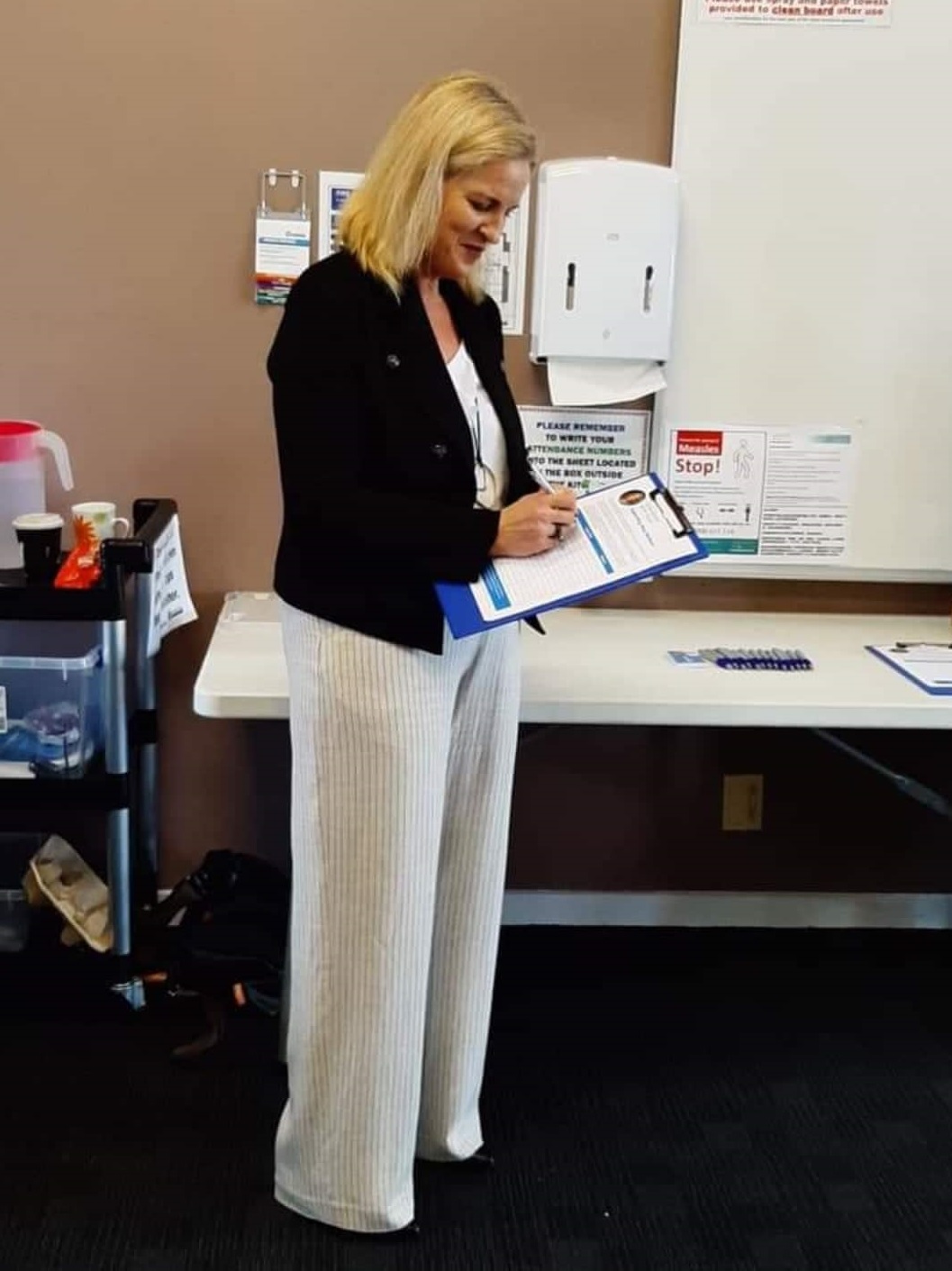 I’m keen to hear your thoughts on the statistics which show there are 22,000 more people at present on the dole since last year this time.

In the two years since this Government’s been in office, the number of hardship assistance grants being doled out to Kiwis in dire straits has almost doubled.

On every metric, whether it’s food, emergency housing, Special Needs Grants or benefit advances, there’s been an increase in the number of people needing help.

In the past three months, 570,000 hardship assistance grants were paid out to the tune of almost $170 million.

Once again, the taxpayer is footing the bill because this Government’s policies have made it impossible for vulnerable Kiwis to afford basic necessities.

The raft of new taxes and costs on New Zealanders has driven up the cost of living and hit the most vulnerable hardest.

Since coming into office, this Government has imposed and threatened more costly regulations on landlords, threatened a Capital Gains Tax, extended the bright-line test and ring-fenced losses on rental properties.

As a result, rents are up $50 per week, and more and more Kiwis are struggling to put on the table and a roof over their heads.

More than 270,000 of this quarter’s hardship assistance grants were for food alone, a 116 per cent increase during the Government’s tenure.

Under National, the number of people seeking hardship assistance from the Ministry of Social Development was much lower due to our strong economy, better job creation and the number of Kiwis going off benefits into work.

It’s not kind or caring to drive up the cost of living and pitch Kiwis into poverty.

The message is clear: New Zealanders can’t afford this Government. 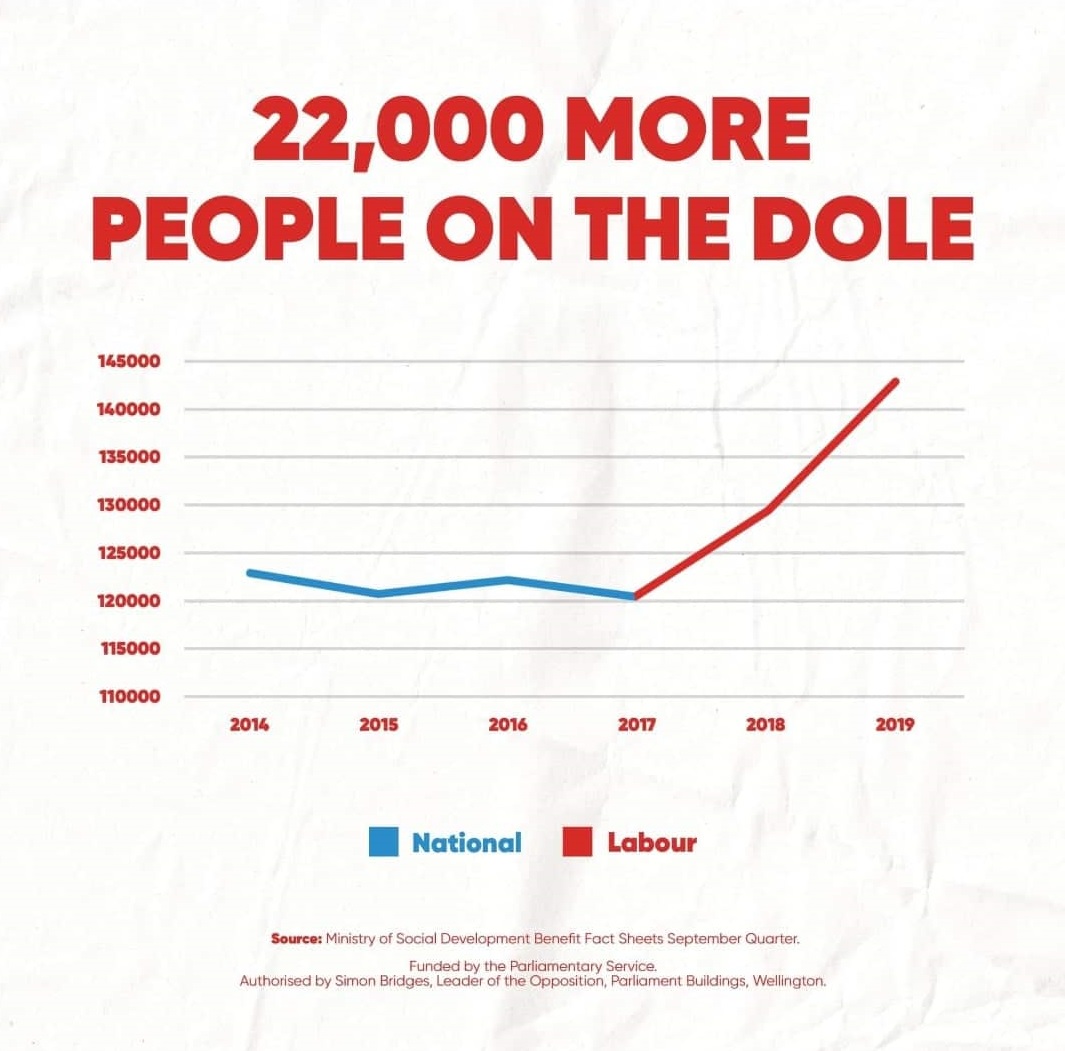 I regularly survey constituents across the Taupo electorate and read every response, so thank you for taking the time to send those in. Surveys are an important way for you to tell me what your views are on national, local and conscience issues like euthanasia, legalising marijuana and abortion.

High on the local issues list at present are law and order including the need for more police, infrastructure such as the Cambridge to Piarere extension of the Waikato Expressway and the quality of SH1 and local council rates.

I'm kicking off a round of phone surveys shortly, so if we call over the next few weeks please take a moment or two to give me your views.

Below are details of opportunities for you to come and meet me.

I look forward to seeing you there!