The Government should be prioritising the supply of new classrooms at Tauhara College to replace those damaged by flooding during last year’s storm, not contribute to the continued disruption of learning at the school, National MP for Taupō Louise Upston says.

“These students and the teaching team have suffered enough disruption of their learning last year. They shouldn’t have to bear the brunt of continued delays to get back into classrooms through a lack of delivery by the Ministry of Education too.

“To not deliver is bad enough, but then to delay telling the school in a timely manner of their failure to deliver is appalling service by the Ministry.

“I’ve raised concerns with the Minister of Education about the delays in the supply of classrooms that the Ministry had promised would be in place for the start of Term 2.

"I want to know what the Ministry will do to support the education of those affected students while they delay supplying the school infrastructure needed.

“There are senior students who need classes and contact with teachers to ensure they aren’t left behind or disadvantaged in their learning through circumstances beyond their control.

“I’ve received a response to my initial queries from the Minister’s office who suggested that the replacement classrooms ‘are arriving on-site and installation and fit-out will continue with urgency’.

“Term 2 starts on Monday 3 May, Minister – where are the classrooms?” 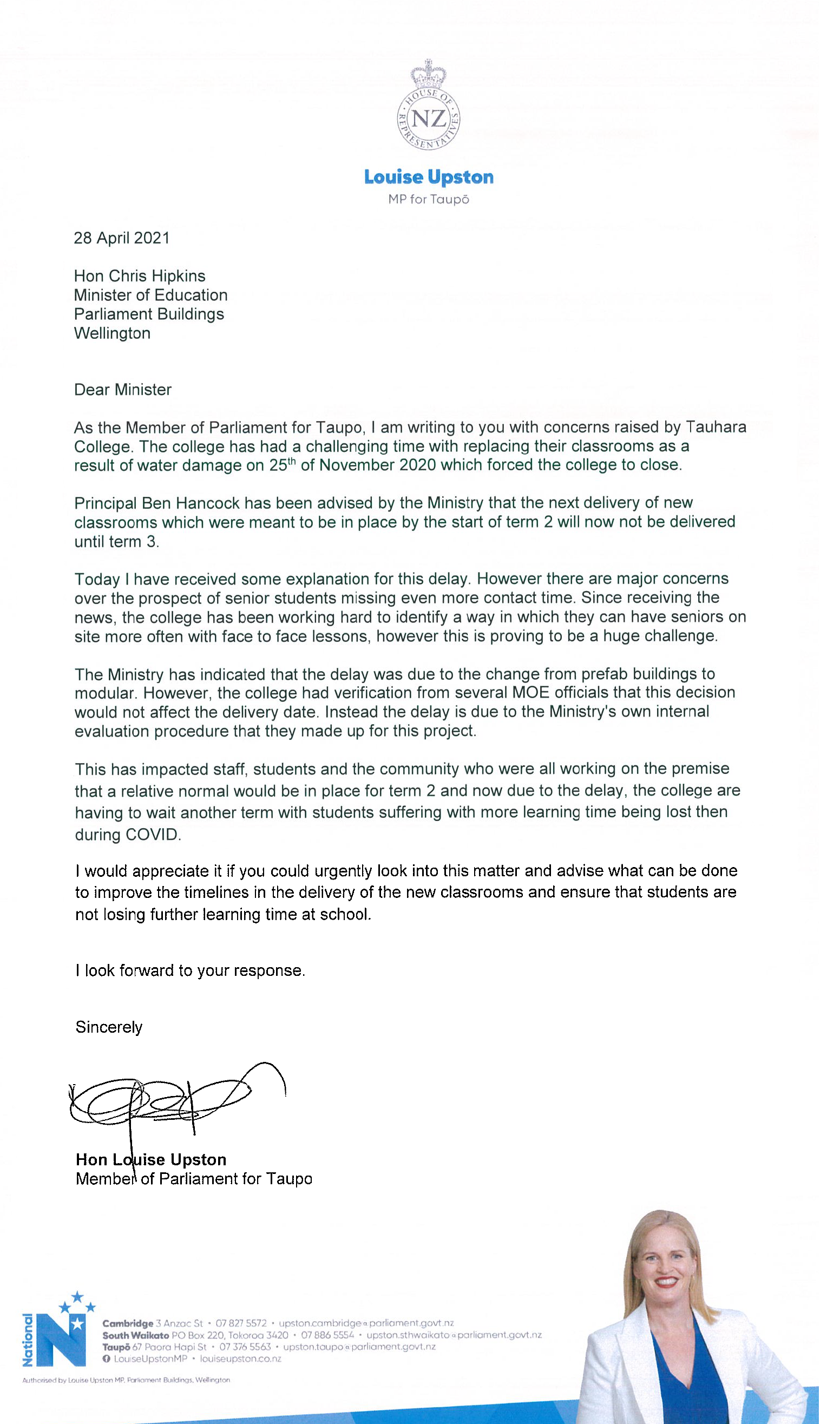